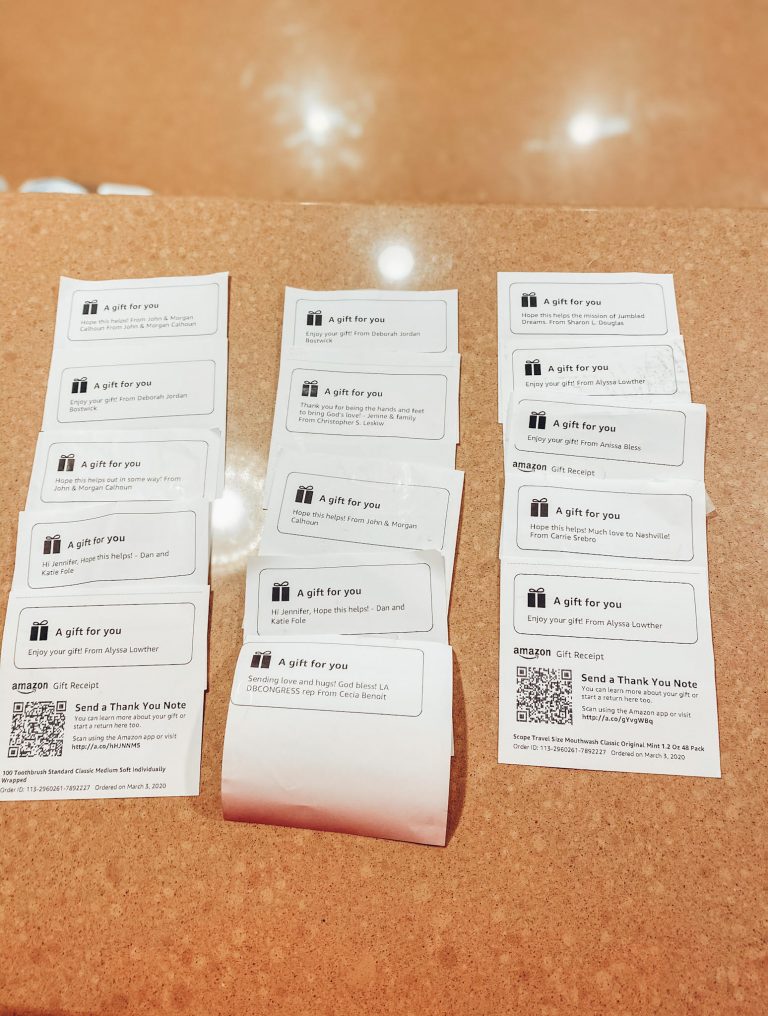 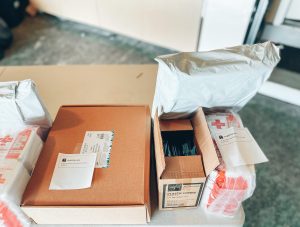 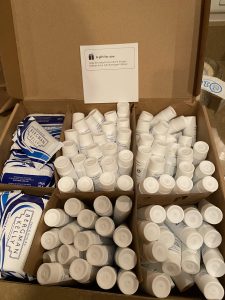 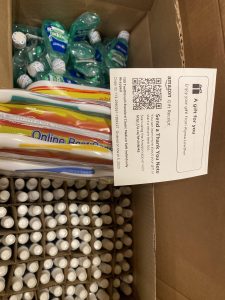 Tornadoes. They destroy everything in their path. They ALWAYS cause destruction. Nashville was hit hard in early March. Some East Nashville areas were completely destroyed, and downtown Nashville could have received more 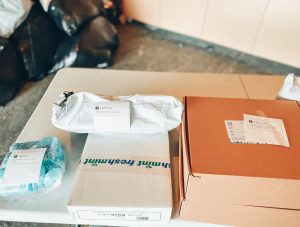 damage if the tornado had touched down one mile sooner. It was scary to wake up to something that you slept through. Messages flooded my phone asking me if I was okay when I did not even know what happened.

When I realized the extent of the damage I knew I had to do something to help. We were already planning to give out over 200 articles of clothing to three different partner organizations that day but we had to do more.  We loaded up all the toiletry bags that we packed just two days before and then we went downtown.  Our first stop was the emergency shelter. To our dismay, the first emergency shelter had stopped accepting donations. We understood that it was a small temporary place, but they gave us a list of other shelters. All but one was too far to get to in that day so we tried that one. The streets were blocked. Power lines dangling over our car and trees completely fallen on the road. It felt like we were never going to reach the site, and we did not. We finally found online the community center that was accepting donations and we delivered our items there. 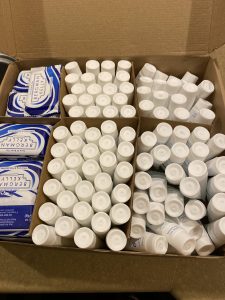 After we delivered the toiletries and the clothing, we quickly realized we gave away almost everything we had. I was heartbroken and yet so happy at the same time. Heartbroken because there are still so many people who need help and we have nothing.  But happy because we had already helped over 200 people with that one delivery to the community center.

That is when the Jumbled Dreams community came together. I sent out a video on social media explaining that my family was okay and then told the community what we needed. I linked our amazon list in our bio on social media. Then the unbelievable happened and an outpouring of love came in. Everyday there were boxes and boxes on our porch. One day we had 9 boxes delivered!

Some of the things donated are listed below:

I will never be able to thank you all for the love and support of Jumbled Dreams. It means the world that you all would even consider donating to us. We thank it is so important to show the love for not only the Nashville community but the country and the world. 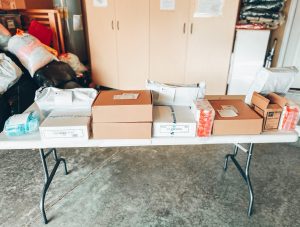