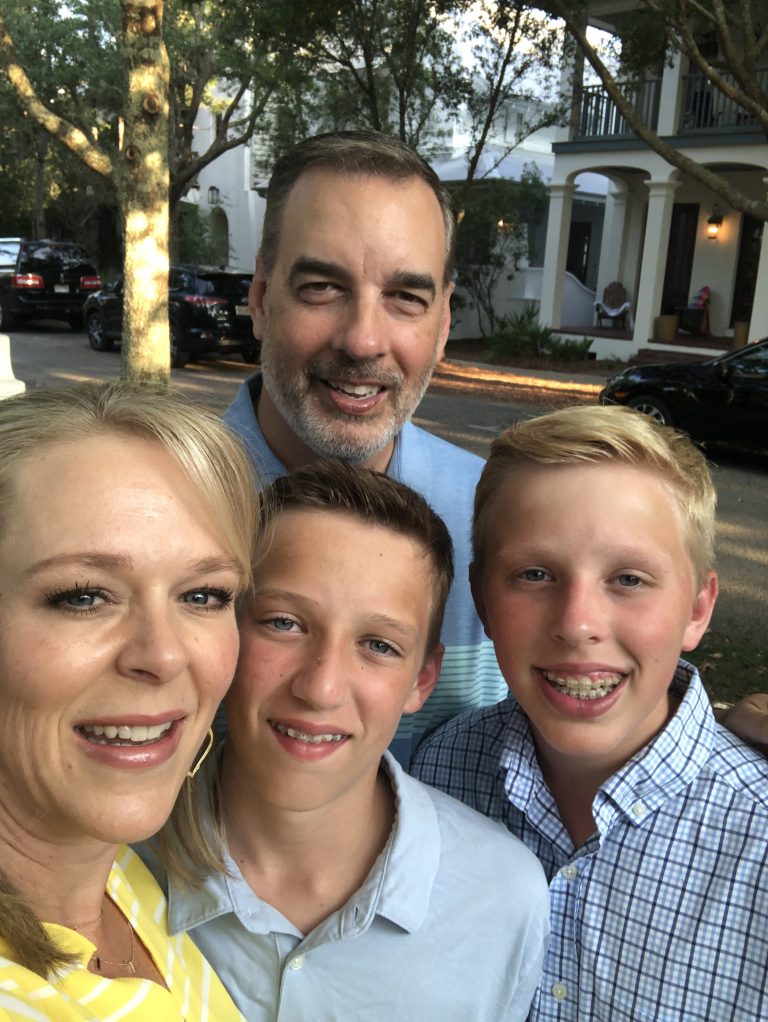 On May 23, 2019, I was given information that would change my life forever. On May 23rd I was told by my physician that I have a mutation in my BReast CAncer gene (BRCA), specifically BRCA 2. Every human has the BRCA 1 and BRCA 2 gene. This gene helps repair DNA breaks that lead to cancer and tumor growth. A small percentage of people (about 1 in 400 or 0.25% of the population) have a damaged BRCA gene. My genetic mutation increases my risk of breast cancer by age 70 to 84%. The risk to the general population by age 70 is 7.1%. It also increases my risk of ovarian cancer to 27% by age 70. The risk to the general population by age 70 is 0.7%. I was stunned when my doctor told me this. I wasn’t supposed to have this gene mutation. My family doesn’t have a history of breast or ovarian cancer.

I lost my mother on October 6, 2006, to ovarian cancer. She was the first person on that side of the family to have ovarian cancer. It was a blow to our family when we learned in the spring of 2003 that she had this very aggressive type of cancer and it was already pretty far along. I obviously became very concerned with my own risk for ovarian cancer. After speaking with my mother’s oncologist I felt much better. He wasn’t concerned about my risk because a very small percentage of cases are due to genetics and my mother was the first to have it. I was relieved.

Fast forward to April 2019, more has been learned about the genes that cause breast and ovarian cancer and advances have been made in genetic testing. Insurance companies have become more accommodating and allow individuals with ovarian or breast cancer in their family to receive genetic testing. After a series of what I call God taps, I decided to have the genetic testing. I wasn’t at all concerned that my results would come back positive after all I had spoken to my mom’s oncologist many years earlier and was told my risk for the genetic mutation was very low. I was stunned when my doctor called and told me I was positive for the BRCA 2 gene mutation. This information was going to change my life. After consulting with two different genetic counselors, many doctors, and other BRCA 2 patients, I made the decision to have risk-reducing surgeries. In October 2019 I had my ovaries and Fallopian tubes removed and in 2020 I will hopefully have a prophylactic double mastectomy with reconstruction. I used the word hopefully because prior to the COVID-19 pandemic I was scheduled to have this surgery in June but that has been put on hold until it’s safe.  These surgeries bring my risk very close to that of the general population.

Genetic testing has very possibly saved my life but it’s not for everyone. I think it’s important to point out that even though I don’t have an extensive family history of breast or ovarian cancer I still have the gene.  Individuals who do have an extensive family history of these cancers should talk with their doctor about whether or not genetic testing would be appropriate for them. I encourage anyone considering testing to think it through very carefully. What do you plan to do with the information once it’s given? What if it comes back positive for something that wasn’t even on your radar? Will you have risk-reducing surgeries? Will you let the rest of your family tree know that they too could be positive for the same mutation? Once those results are given you can’t un-hear them. I am grateful I made the decision to be tested. I looked into my crystal ball and I didn’t like what I saw so I made decisions to improve my outcome and hopefully extend my life.