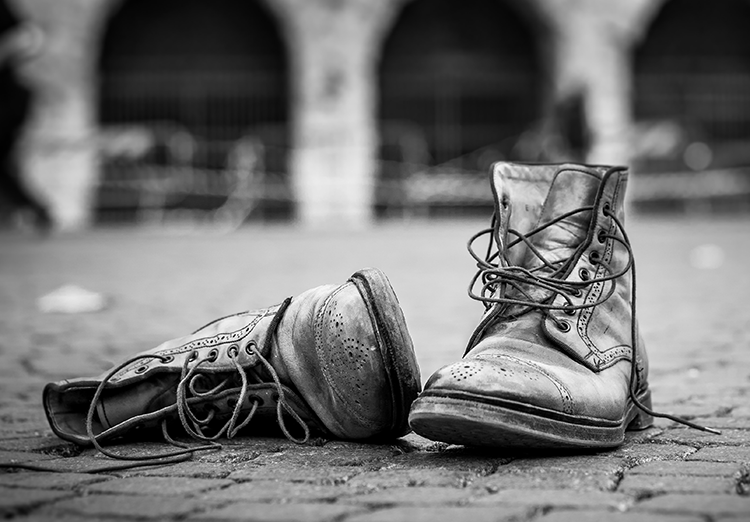 Recently we had the opportunity to sort the clothing and shoes given by students from Ravenwood High School, as well as, friends and neighbors who have heard of the mission of Jumbled Dreams and decided to help.  What a blessing these items are to the homeless!

We sort clothing into three categories:  men’s, women’s and children’s.  After sorted, the clothing is put in plastic bags and each bag is labeled.  A rubber band is put around each pair of shoes, the size is written on a piece of tape and the shoes are then put into plastic bags labeled men’s and women’s.  But that isn’t the end of the story.

Sorting makes it so much easier for us when we go to hand out the items to those who are in need.  I will always remember the gentleman who was in need of a pair of boots to keep his feet warm and dry.  He wore a size 11 and all we had was a size 10.  He was desperate so he took the boots, sat down on the ground and took off the shoes he was wearing which were coming apart at the sole, and put the boots on his feet right there in front of us.  He stood up and winced, acknowledging that the boots were too small.  But he was desperate.  He started to walk off, but then turned around and said, “thank you.”  He then added that if he couldn’t wear the boots he would give them to someone who needed them as much as he did.

So standing in the garage to sort the shoes and clothing isn’t the end of the story.  There is so much more!  What a blessing we receive.  And what a blessing the donated clothes and shoes are to those in need.