Local teens go the extra mile for Habitat for Humanity 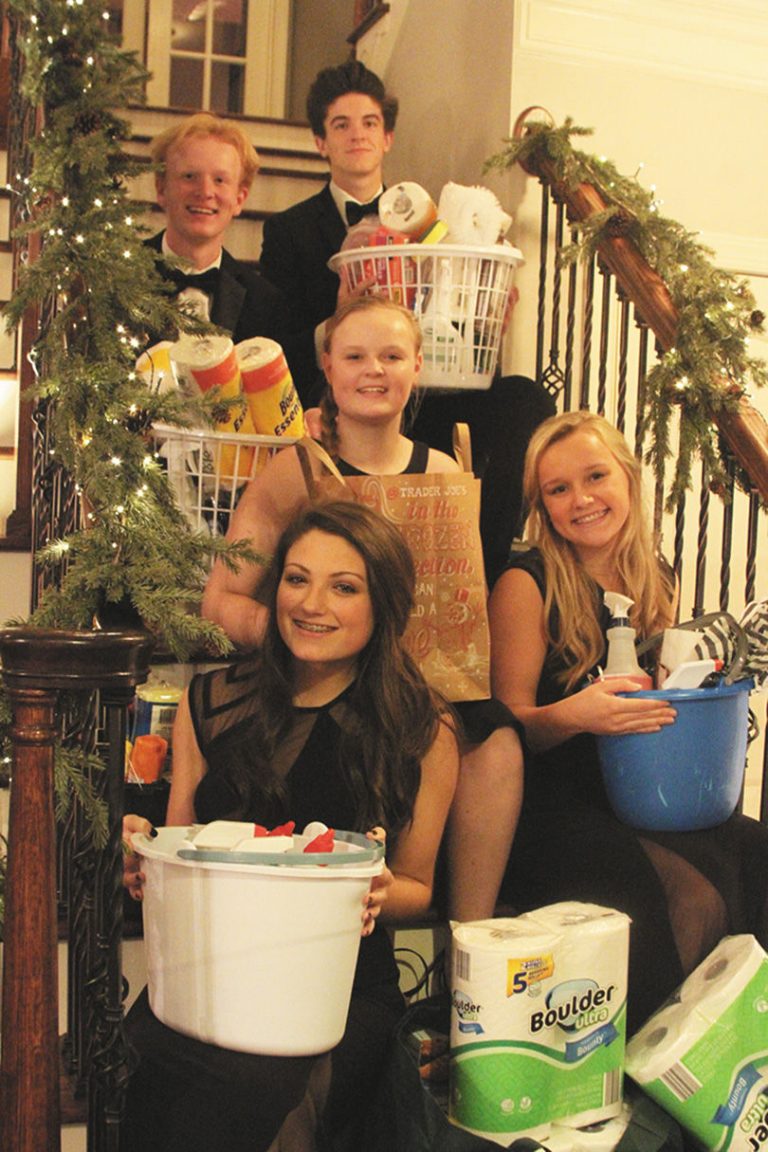 Tennessee is known as the Volunteer State, and groups of local teens are shining examples of that volunteer spirit.

To encourage such volunteer spirit, in 2017 Williamson County schools adopted a statewide program encouraging students to broaden their life experiences by volunteering time, energy and creativity to improve circumstances for others throughout the school year.

“By the end of high school, at this rate we each will have more than 100 hours,” Brook said. “It’s good to do more than what’s required – to go above and beyond.”

“I like volunteering because I can make people happy and brighten someone’s day,” Amelie said.

“It also gets me out of my comfort zone and allows me to interact with people I wouldn’t have otherwise.”

Since last year, they have Hiked for the Homeless, collected food for a local food pantry, participated in the annual Harpeth River Cleanup, and worked at the Brentwood Rotary’s annual Pancake Breakfast, volunteered at the Franklin Fall Festival, the Dog Festival on The Square; several Heritage Foundation festivals and events and with other civic organizations in need of volunteers. They also volunteer regularly at GraceWorks Ministries and Safe Haven Family Shelter.

“I like the feeling of accomplishment without receiving something in return,” Jack said.

According to Brook, “at the rate we’re going we will all have more than 100 volunteer hours (for the DV Diploma) by then end of high school.”

Carson became involved in volunteering when Brook and his mother, Beth Dorminey joined the Brentwood Rotary.

“I wanted to make people feel better,” he said. “People helped my family in the past so I know what it feels like – I want to return what’s been given to me.”

In the fall, Habitat for Humanity Williamson-Maury became one of the group’s primary focus. It began when Beth mentioned she was going to be working on one of the two Habitat homes the Rotary was sponsoring in Columbia. Both homes were being built for single mothers and that piqued their interest.

“[Carson and I] grew up in a single parent household,” said Brook.

“I know the struggles and I’ve seen how hard it’s been for my mom. I feel good about being able to help another mom, especially during the holidays.”

Helping with the build wasn’t enough for that group, each of which appear to be over-achievers in their own right. They wanted to do something special for the new homeowners, who they got to know during the build.

“We wanted to get stuff for the holidays that would make them feel like they’re moving into a home,” Brook said.

Their solution was to host a Holiday Open House and encourage guests to bring items for the two new homes.

Needing help, the teens turned to their parents and to their community.

Parents helped with the invitation list, food and beverages.

Hors d’oeuvres were provided by Amerigo and the Dorminey home was the scene of the open house event.

They wanted the event to be as special as the houses they built and their guests to feel special for participating in their attempt to go the extra mile, so the students dressed “to the nines” in formal attire – boys in tuxedos provided by Street Tuxedo and girls in long black dresses. They met their guests at the door and served them during the evening. Between 40 and 50 people showed up to the Open House with cleaning supplies, groceries and a items to decorate the new homes.

“These local teens, while working side-by-side to build a home with our future homeowners, were compelled to do more,” said Kim Randell, HfHWM director of development.

“With the support of their families and others in the community, they hosted an open house to collect housewarming gifts for the two new homeowners. We could not be more proud of the students’ servant hearts and their willingness to put God’s love into action.”

The house dedications will be held soon and the young friends hope to present the gifts to the families as they take over ownership and make their new houses their new homes.

“This group of students started off the Christmas season with such a giving spirit,” said Cheryl Taylor, HfHWM board member and vice president at SunTrust Mortgage.

“They went above and beyond the task of paying it forward to their community by taking on the cause with a personal touch. We don’t see enough of these stories and hats off to the parents for raising givers and not takers. Habitat is so proud to be associated with this young group of humans. They give us hope and make the world a much better place to live.”